The Madere family has been involved in the marine industry since 1982, when Al and Cathy Madere launched Madere, Inc. with their first deck lugger – M/V Captain Herbert. The vessel was named after Al’s grandfather, Herbert Collette, who instilled in Al a strong work ethic and “never give up” attitude.

The timing of the Madere’s new business venture was not good – as the oilfield was down and interest rates were up. However, Al and Cathy endured the lean times and relied upon each other to pull through. Al was the captain and Cathy was the bookkeeper – but both pitched in to run groceries, supplies, and crewmen to remote locations along the Gulf Coast. With two young sons along for the ride on many jobs, the couple prayed things would turn around and barely managed to make ends meet.

Their perseverance and faith in God would eventually pay off, as the oil market finally improved and more work began to come their way. The Maderes never looked back – and the company is now an established leader in marine logistics, towing, barge rentals, and more. 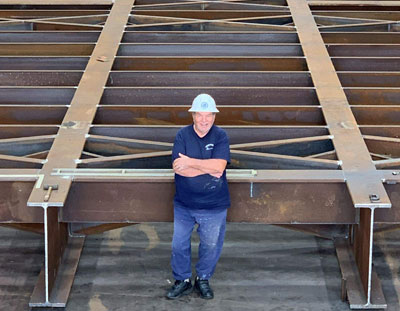 Today, Madere & Sons Towing is owned and operated by Al and Cathy’s sons – Gene and Chad. These brothers grew up on the family’s boats – experiencing both the good and bad times as their family established itself in the marine industry. In January 2013, a sister company, Deep South Construction & Salvage, LLC was established. Deep South provides marine construction and has the area’s finest dock facility. The brothers are both licensed captains and learned every aspect of the trade from their father, from welding to fabrication to engine repair and more.

As one of the leading businesses in the area, we have made a strong commitment to supporting our community. We truly believe in giving back to our community to help those in need or to lend a hand in improving the overall well-being of our neighbors. Over the years, we have made donations and provided sponsorships for a wide range of charitable causes, fundraisers, and events. We have helped many local schools purchase uniforms and equipment for their sports programs – and have also created a high school scholarship program.

We are grateful for the many years of success our company and family have experienced – and we are thankful to the many people and businesses that helped us along the way. Giving back to our community is something we are honored to do, and we hope our efforts have and will continue to touch the lives of others in ways both small and large.

The Madere Family of Vessels

Many of the vessels in the Madere & Sons Towing fleet are named after family members – carrying on a proud family tradition. 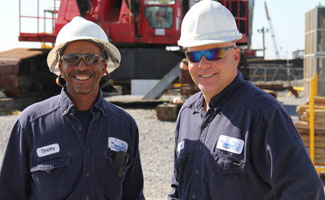 The strength of our management team at Madere and Sons Towing lies in the exceptional level of knowledge, experience, and proven expertise of our owners. Gene and Chad Madere literally grew up in this industry – accompanying their parents, Al and Cathy, on runs from early childhood. The brothers also learned to weld, fabricate, and fix engines from their father and eventually became licensed captains. Having learned every aspect of the business from the bottom up, they are able to provide you with effective solutions and an unsurpassed level of personalized attention. From handling the everyday running of the company to piloting vessels when needed, the owners of Madere & Sons are hands-on professionals who make sure you receive the highest quality services to meet your specific needs.

Our team also includes some of the most highly skilled and experienced captains, mates, superintendents, crane operators, welders, and riggers in the region. We are proud to say that several of our captains have been with Madere & Sons for more than 20 years. In fact, the turnover rate at our company is extremely low – which is a testament to the close-knit, family-oriented culture at Madere & Sons. We have assembled a team of experienced professionals who have dedicated their careers to this industry – and who are committed to providing the absolute best service to you.